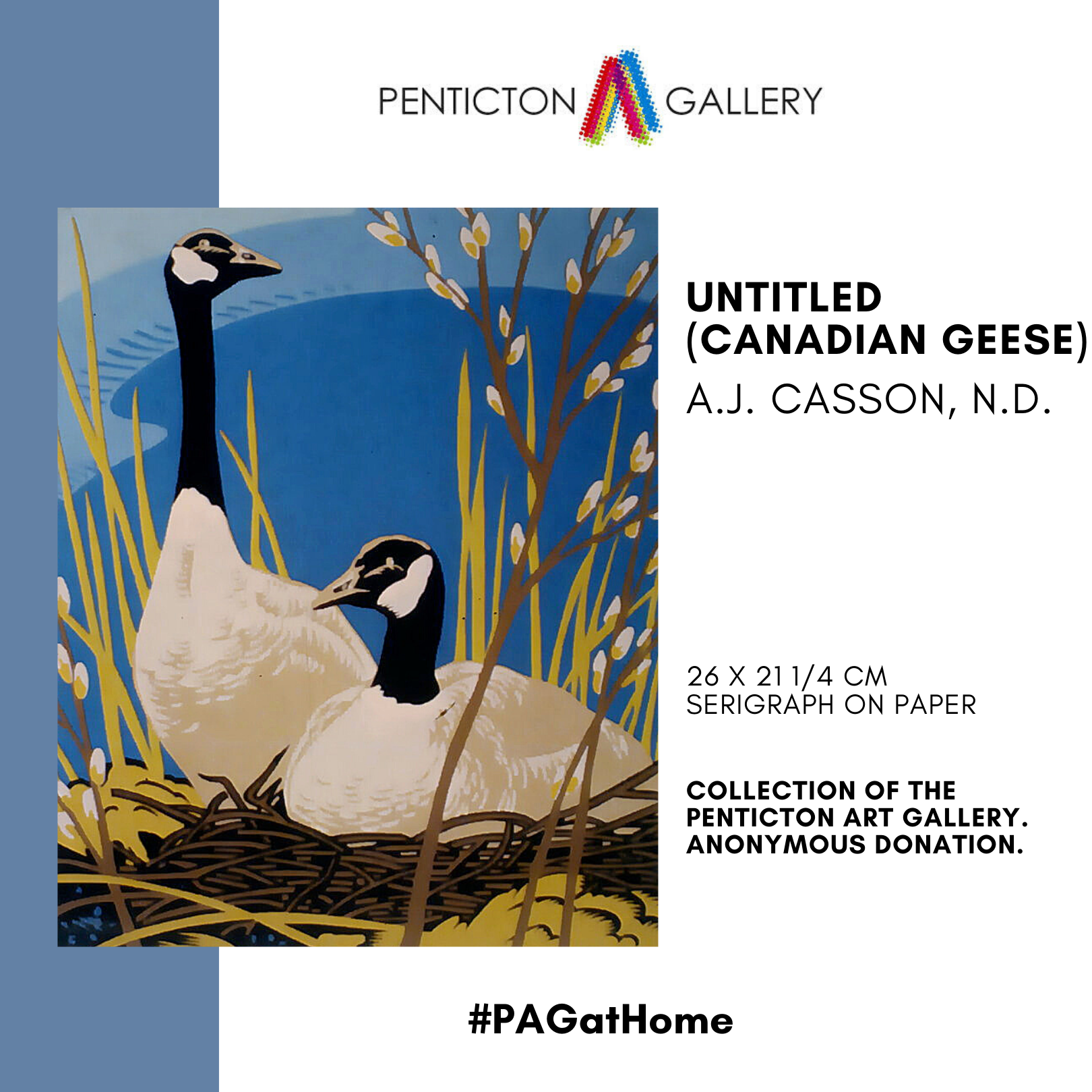 The painter and designer A.J. Casson, younger than other members of the Group of Seven, became a full-time artist only after retiring from his successful commercial career. His art distills Ontario's farmland and forests into highly finished, carefully composed, designs with a stillness that sometimes seems ominous.

Casson studied art in Hamilton Technical School in 1913, and with Alfred Howell and Harry Britton at Central Technical School in Toronto (1915-1917). He apprenticed with the artist Frank Carmichael at Rous & Mann in 1919, following him to Sampson & Matthews in 1927. Through Carmichael, Casson met his mentors, the Group of Seven, at Toronto's Arts and Letters Club.

Casson's design career was crucial to his art. An accomplished calligrapher, he excelled in streamlined design, loved pattern, and developed an exceptional visual memory. Casson co-founded the Canadian Society of Painters in Watercolour in 1926. He promoted Canadian art through his commercial work and arts organizations, instigating the WWII War Artists Program. He visited Britain in 1961.

A.J. Casson worked in commercial art firms from the age of 15, becoming a full-time artist only when he retired in 1957, as Vice-President and Art Director of the Toronto firm of Sampson & Matthews. In 1926, Casson had replaced Johnston as a member of the Group of Seven. He painted mostly in watercolours until the 1950s. In the 1930s he concentrated on Ontario villages. The dramatic lighting of his mid-1940s landscapes gave way to superimposed forms and light broken into planes from the 1940s-1950s. In his later paintings, he reduced forms to two-dimensional patterns.

Let's celebrate Canada Post marking the 100th anniversary of the first Group of Seven exhibition in 1920 with a series of new stamps!