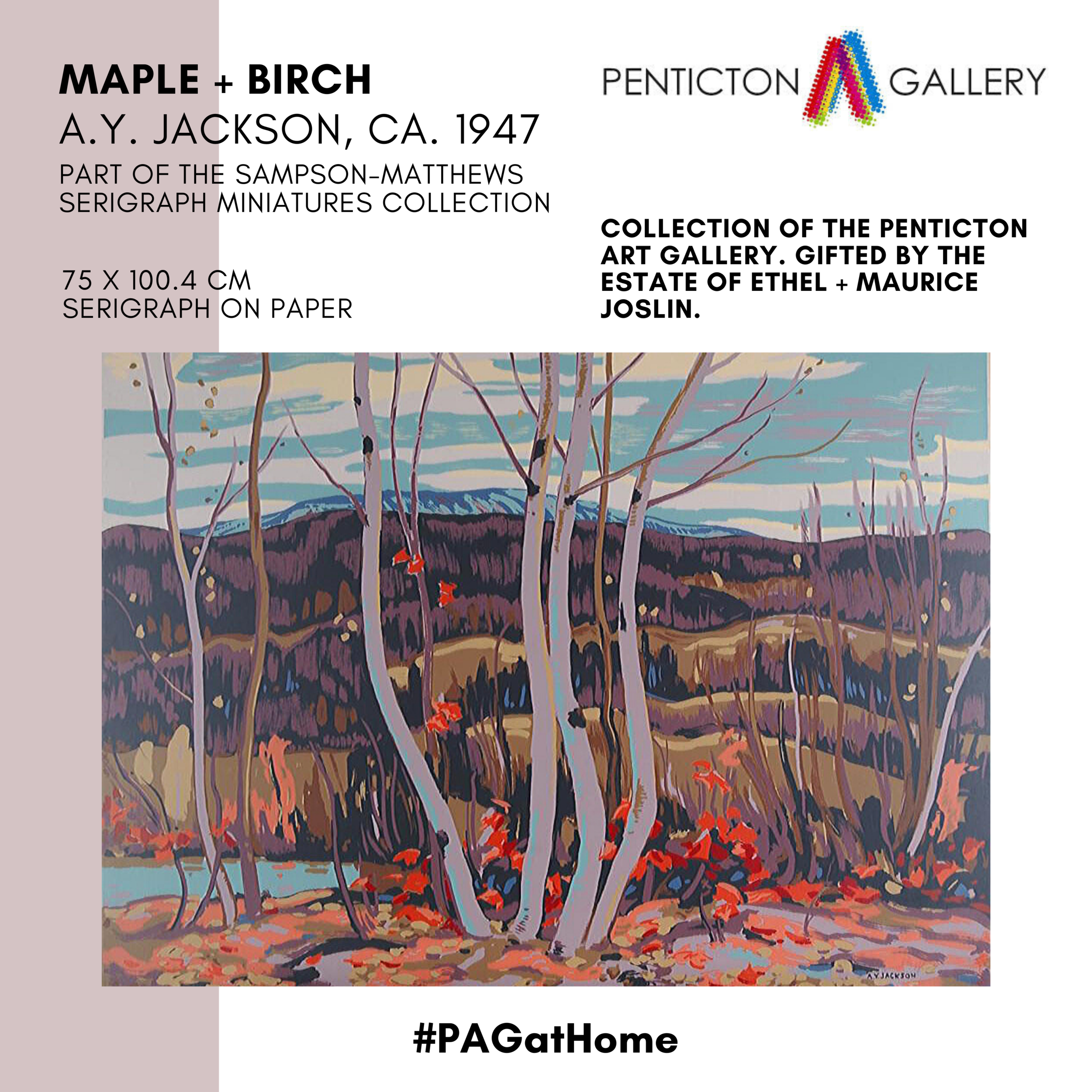 Canadian artist Alexander Young Jackson (A.Y. as he liked to be called), a founding and leading member of the Group of Seven, was recognized during his lifetime for his contribution to the development of art in Canada. He travelled widely and painted full-time, primarily landscapes.

A native of Montreal, Jackson studied with William Brymner at the Art Association of Montreal, at the Art Institute of Chicago in 1906, and with Jean-Paul Laurens at the Académie Julien in Paris in 1907. He painted in Europe frequently between 1906 and 1912.

It was his painting The Edge of Maple Wood that brought him to the attention of J.E.H. MacDonald. When it was bought by Lawren Harris, Jackson visited Toronto and met other members of the future Group of Seven. Dr. James MacCallum, co-financier with Harris of Canada’s first purpose-built studio building, sponsored him for a year in 1914. Jackson lived and worked at the Studio Building in Toronto until 1955. He travelled in Canada throughout his career, sketching outdoors and painting in his Toronto studio.

During the first World War he joined the infantry, serving as an official War Artist from 1917 to 1919. He exhibited with the Group of Seven from 1920 and played a key role in bringing the artists of Montreal and Toronto together. Continuing to play an influential role in Canadian art, Jackson taught at the Banff School of Fine Arts from 1943 to 1949. He resided in Manotick, near Ottawa, from 1955, but was incapacitated by a stroke in 1968 and moved to Kleinburg, Ontario, where he lived from 1969 until his passing.

Jackson was a member of the Royal Canadian Academy, the Ontario Society of Artists, and the Canadian Group of Painters. He received numerous honours and is represented in important public collections around the world.

Do you consider yourself a more "traditional" landscape artist? Try your hand at a different type of landscape: