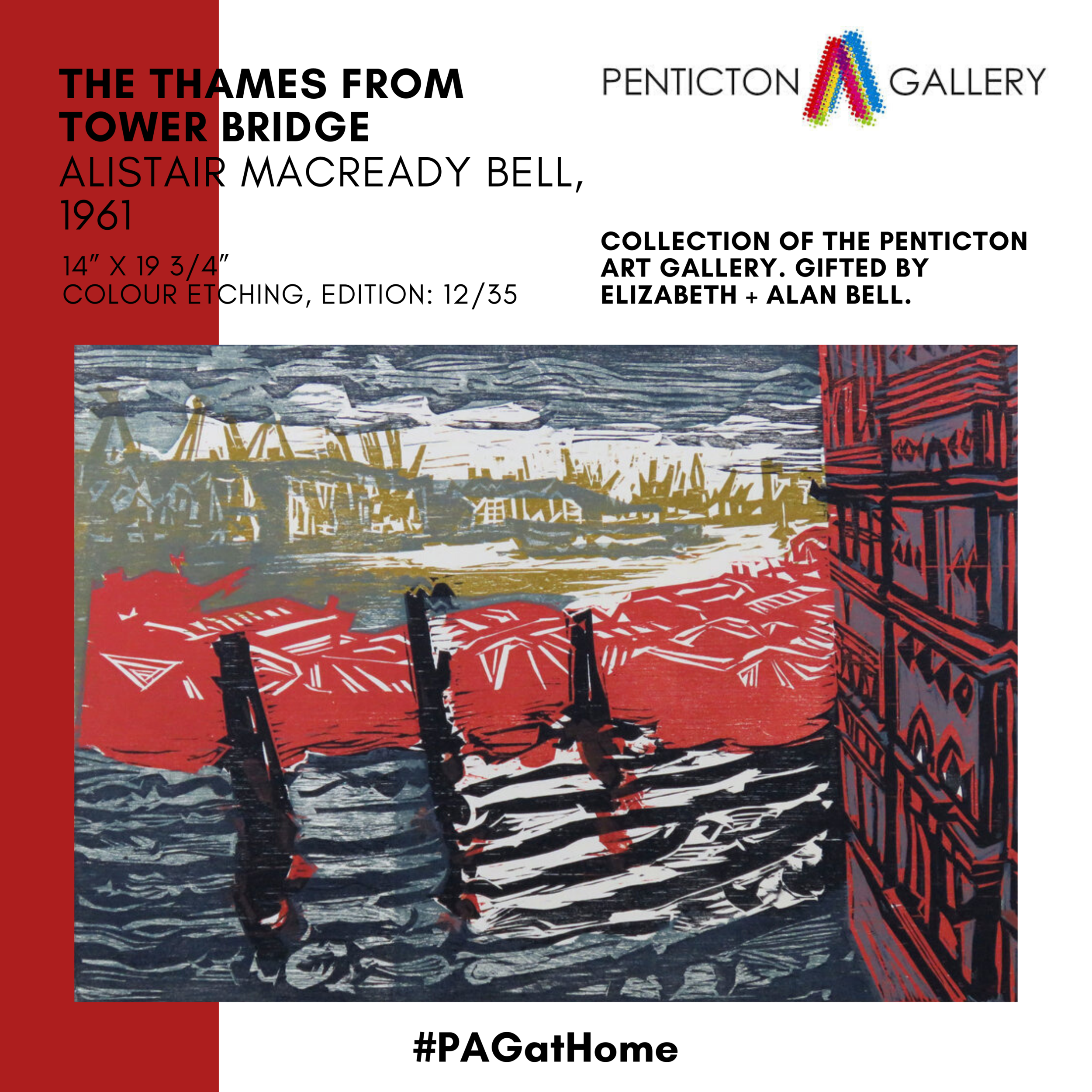 Alistair Macready Bell was born in Darlington, England, in 1913 and his family immigrated to Canada in the early 1920s, settling in Vancouver in 1929. In 1935, Alistair enrolled at the Vancouver School of Art, and it would was here where he first had access to an etching press producing his first print. Over the course of the next few years he mastered a number of techniques including drypoint, etching, lithography, wood engraving, and woodcuts.

While his work was strongly influenced by German Expressionism, he developed a personal style, which quickly attracted the attention of his peers, critics, and collectors across the country, and he soon became recognized as one of Canada's finest printmakers. He was always drawn to subject matter in which the linear, rhythmic quality of shape and line predominated. His work was included in numerous exhibitions across the country. Locally, the Vancouver Art Gallery featured two exhibitions of his work in 1942 and 1944. In 1951 the Vancouver Art Gallery expanded, and Alistair was offered the first solo exhibition to be featured in their newly expanded gallery. He would be recognized by the Vancouver Art Gallery once again with a major solo exhibition in 1989.

Alistair Bell played an important role in the development of a distinctly west coast artistic sensibility, known today as West Coast Modernism. It was a fertile time in Vancouver, and the arts community regularly gathered at the homes of the Binnings, Adaskins, Shadbolts, Harris’, Koerners. The Bells hosted visiting artists, listening parties featuring the latest music releases, and countless social evenings where they freely shared thoughts and ideas on the latest contemporary art trends.

As Alistair’s reputation grew he was awarded the prestigious C.G. Jefferys award from the Canadian Society of Graphic Artists in 1956, received a senior Canada Council travel grant in 1959, was part of a two person exhibition at the National Gallery of Canada in 1961. By 1967, he was successful enough to finally retire from his full-time job at Dominion Bridge in Vancouver, turning his attention to becoming a full-time artist.

Professor Paul Coldwell presents an introduction to the four main printmaking techniques found in the Arts Council Collection Touring Exhibition, The Printed Line, exploring the tools and techniques used and demonstrating the differing characteristics particular to each approach: