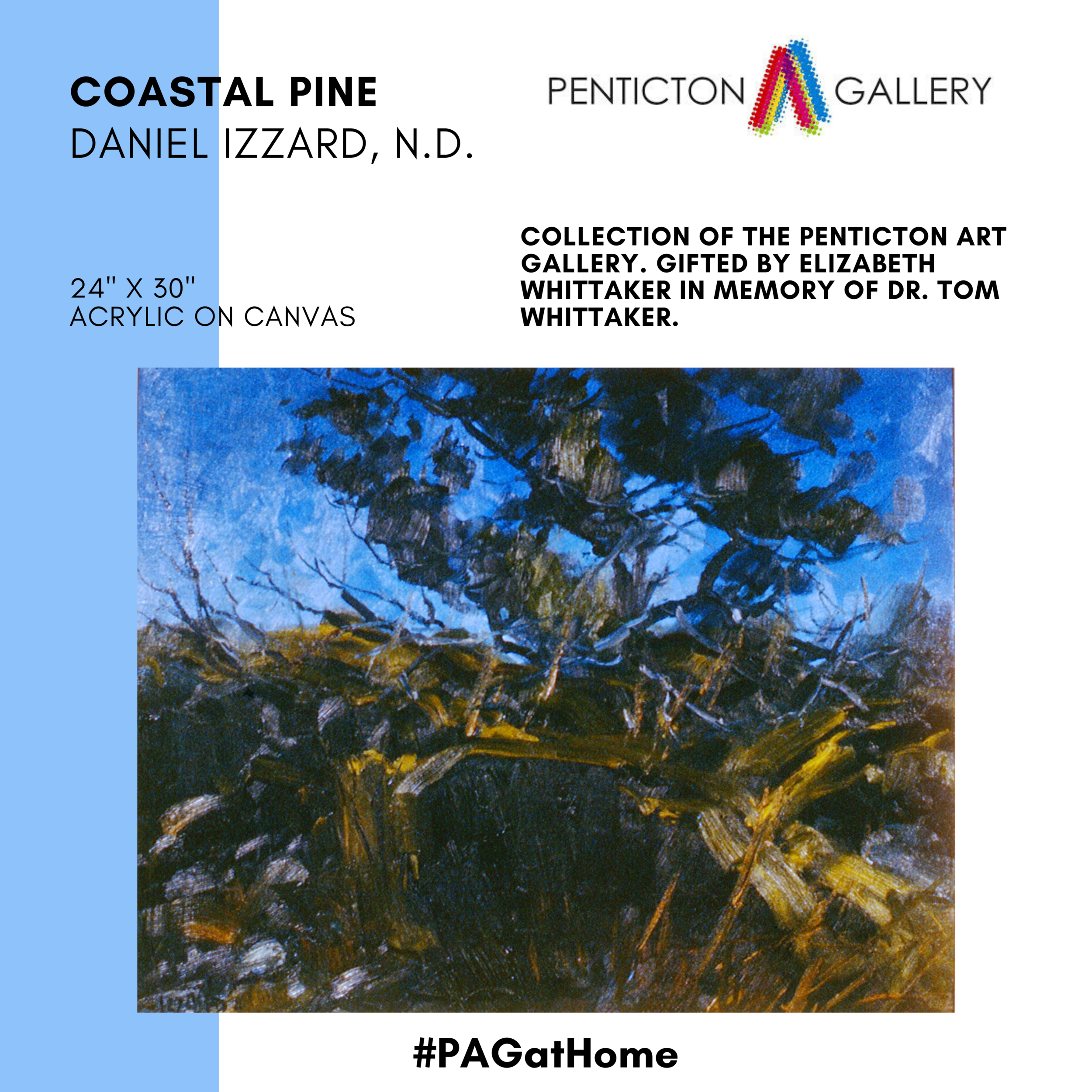 Daniel J. Izzard, one of Canada’s most renowned Impressionist painters, was born in London, England in 1923, served in the Royal Navy from 1942-1947, and was the art editor for HMS Vanguard Magazine during the Royal Tour of South Africa, 1947.

He moved to Canada in 1952, where he began his essentially self-taught career as an Impressionist painter of landscapes, seascapes, still lives, portraits, and nudes. Izzard painted professionally for over 50 years. He travelled alone by canoe on painting trips to remote areas of Canada; searched out material in Europe, Asia, Latin America, and North Africa. He has had over 58 solo exhibitions over the past 50 years.

In 1979 he was elected lettered status and to the Board of Governors of the Federation of Canadian Artists. Queen Elizabeth II accepted a large canvas entitled, Mountain Mists, Whistler, BC presented by the Government of Canada, to commemorate her visit to Ottawa on Proclamation Day, April 17, 1982.

Check out a quick video on the history of Impressionism here: