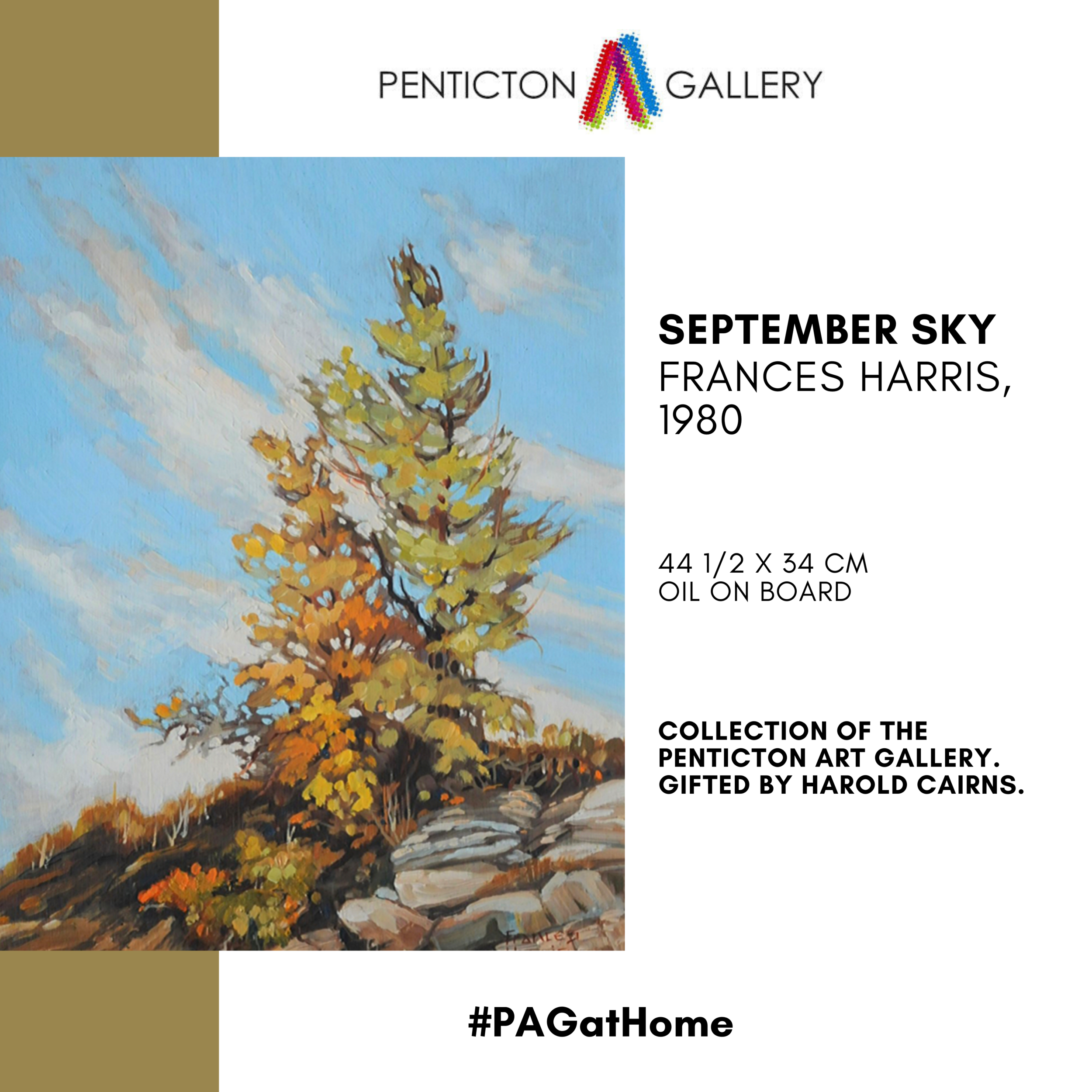 Frances Harris was born in 1913 and emigrated from England to Canada in 1939. It is the scenery from the Rockies to the Pacific Coast and the Gulf Islands of British Columbia that have been among the greatest sources of her inspiration. The Vancouver School of Art and several well-known British Columbian artists have all contributed to her art education, but Robert Genn and Alex Sutherland have had the greatest influence on her work. Frances Harris' preferred medium is oil to paint the vast and powerful British Columbia landscape, honouring the great works by the famous Canadian Group of Seven.

Check out this incredible curatorial talk by the McMichael Canadian Art Collection Executive Director Ian Dejardin. He focusses on the legacy of the Group of Seven, by commemorating the centenary of their first formal exhibition, which opened in Toronto in the spring of 1920: