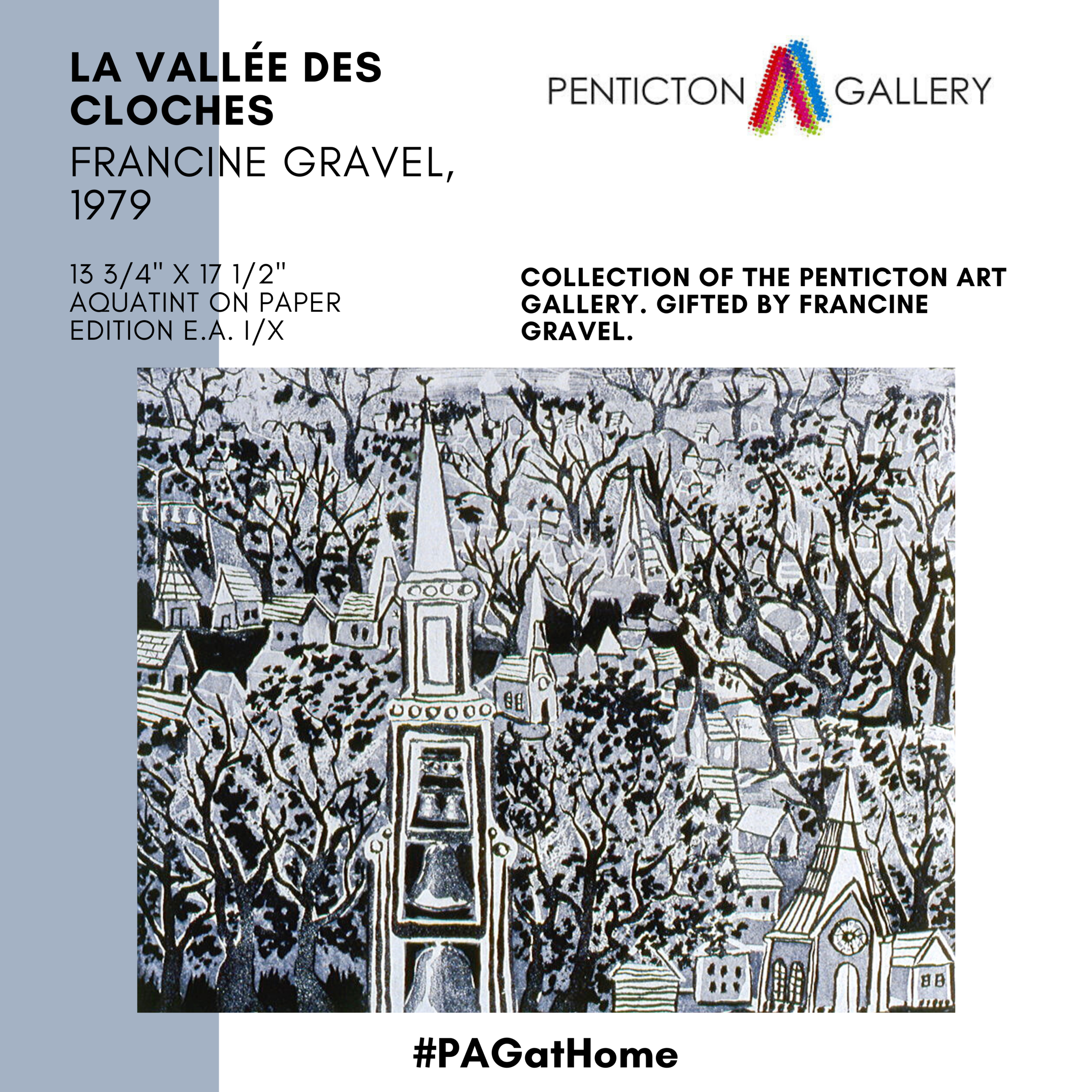 Francine Gravel was born and raised in Monteal, Quebec where she attended the Ecole des Beaux-Arts, studying under Albert Dumouchel. She later pursued post-graduate studies in Belgium at the Academy of Fine Arts in Antwerp and at the University of Calgary.

Her premiere exhibition of etchings and engravings in 1967 launched a career that has continued to grow ever since. In 1980, after a long quest, she discovered her personal style that identifies her as a painter, and she has never looked back.

She now enjoys an international reputation and has collectors throughout the world. She exhibits in numerous galleries throughout Canada where she is frequently featured in one-woman shows.

Listen to Maurice Ravel's La Vallée des Cloches performed in the video linked below. Do you think that Francine Gravel has captured the feeling of this piece in her artwork?