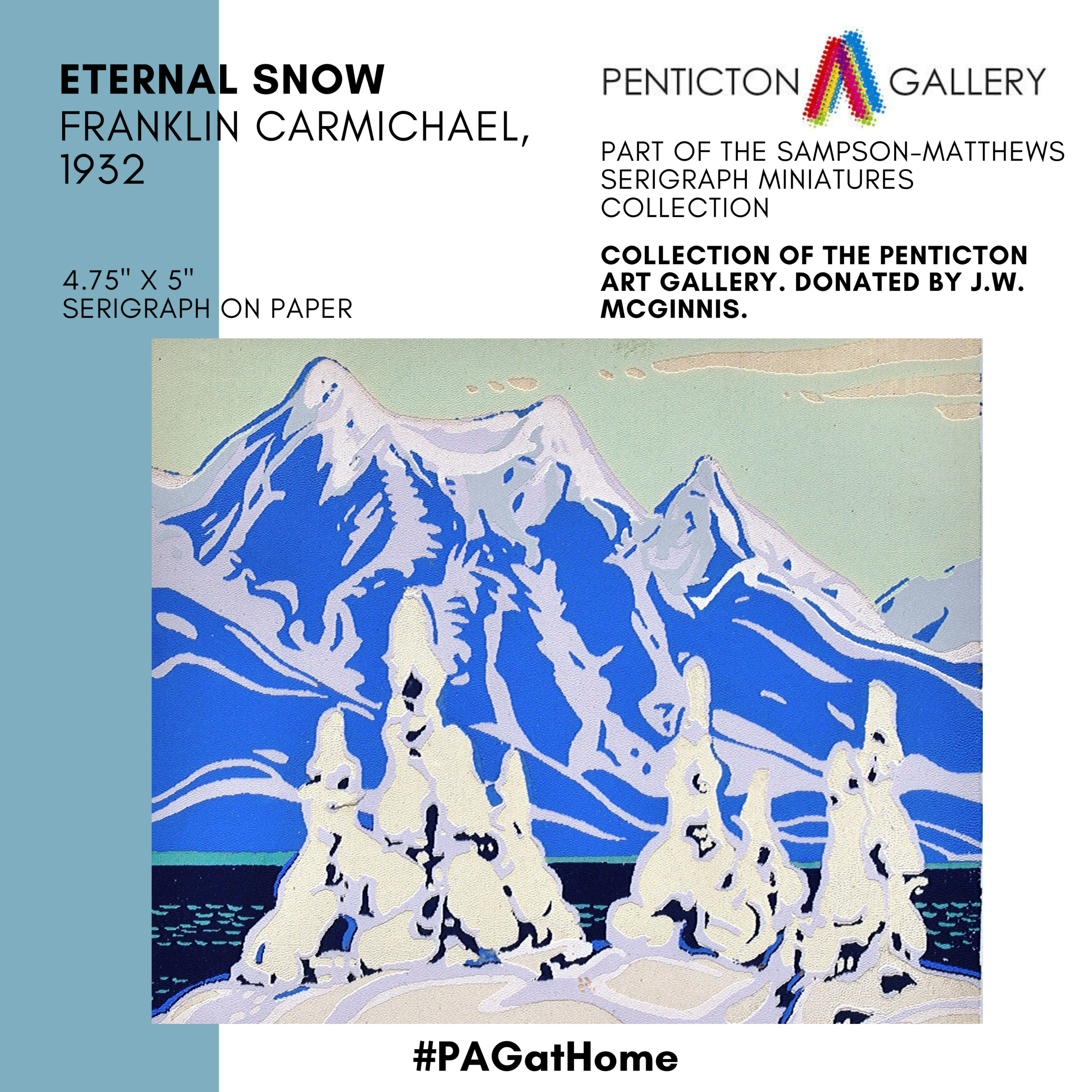 Born in Orillia, Ontario, Canadian artist Franklin Carmichael moved to Toronto in 1911. He attended the Ontario College of Art, where he studied under William Cruikshank, as well as with G.A. Reid at the Toronto Central Technical School. In 1911, he was an apprentice at Grip Engraving where he met Tom Thompson, Arthur Lismer, JEH MacDonald, Frederick Varley and others, sketching with them on weekends and holidays.

In 1913 he went to study at l’Académie des Beaux-Arts in Antwerp, Belgium, where he won the highest award for Drawing from Life. On his return to Toronto, he shared accommodation with Tom Thomson in the shack behind the Studio Building, and shortly thereafter went to work for Rous & Mann Limited. AJ Casson joined Rous and Mann as Carmichael’s assistant In 1919.

By 1920, Carmichael had become a founding member of the Group of Seven. In 1925, Carmichael moved from Rous and Mann Limited to Sampson-Matthews Limited, the same year he co-founded the Canadian Society of Painters in Watercolour with A. J. Casson and Fred Brigden, focusing increasingly on watercolour work.

In 1932, Carmichael left Sampson-Matthews to become head of the Graphic Commercial Art Department at the Ontario College of Art, where he remained until his death.  After World War II he developed class programs for returned servicemen, who would have been familiar with serigraphs from the Sampson-Matthews silkscreen project sent overseas to barracks during the war.

During his life, Carmichael exhibited widely. A memorial exhibi-tion of his work was held in the Art Gallery of Ontario in 1947. He held memberships with the Ontario Society of Artists; the Group of Seven; the Canadian Society of Painters in Watercolour; the Canadian Group of Painters and the Royal Canadian Academy. His work is represented in numerous corporate and public collections including the Art Gallery of Ontario, Hart House at the University of Toronto, St. Hilda’s College in Toronto, the McMichael Canadian Collection in Kleinburg, the National Gallery of Canada and the Montreal Museum of Fine Art.

Follow this Bob Ross tutorial to learn how to paint a snowy, mountainous landscape: