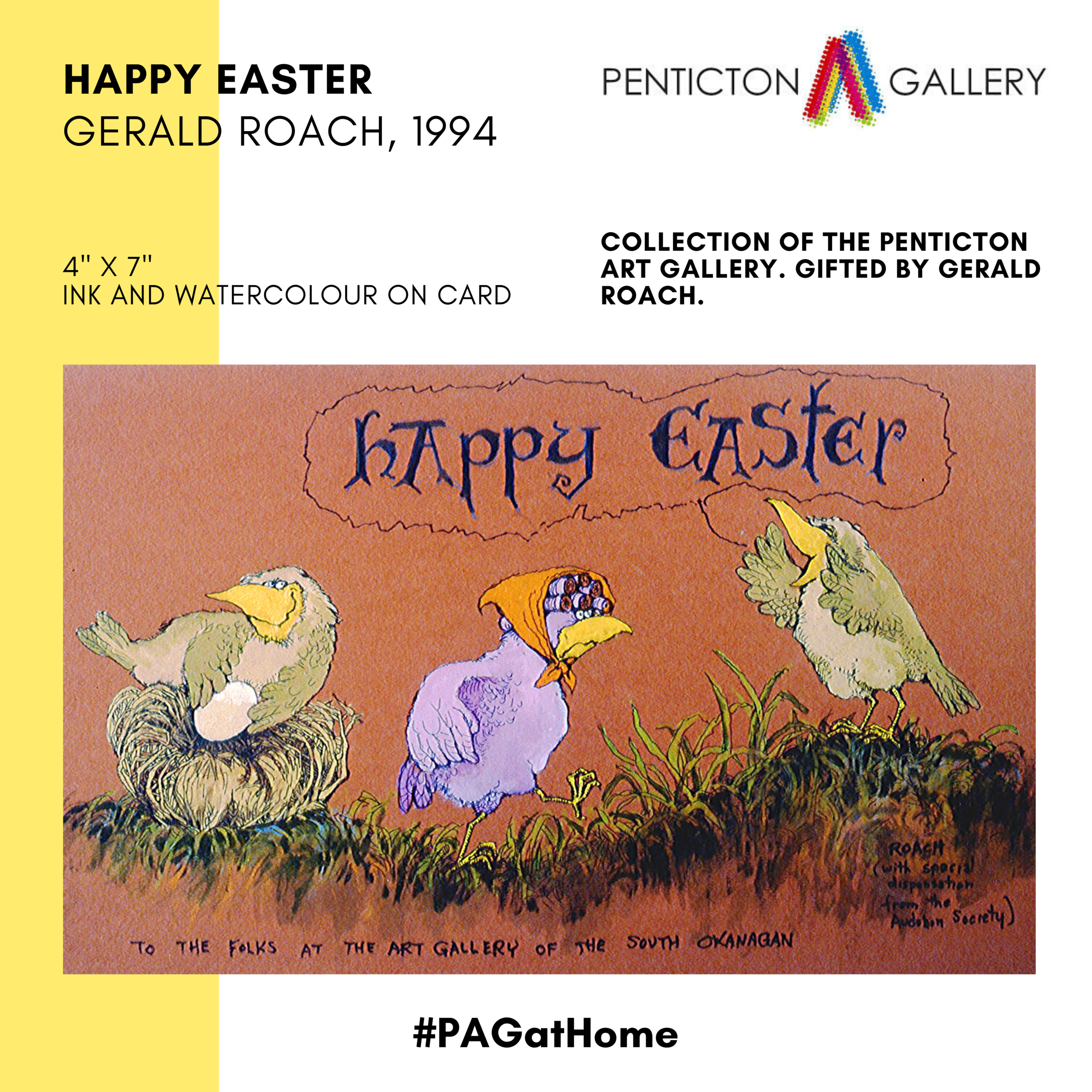 Gerald Roach was born in Windsor, Nova Scotia in 1933. He studied painting and drawing at the Nova Scotia College of Art and took further study in painting and mosaics at the University of British Columbia's extension courses. Upon graduation in the late 1950s, Gerald Roach set the Halifax art world on its ear with exuberant and colourful abstract expressionist paintings inspired by his passion for nature. Talking about these early years and the inspiration behind his work, Gerald wrote, “From the earliest times I can remember, I've had a kind of religious experience in nature which is overpowering. I didn't understand it. It only happened when I was alone but somehow it was important for me to find a visual outlet that would convey this passion to other people."

Cartooning was a constant facet in Roach’s artistic career. During the 1960s, Roach "inked a living," drawing cartoon films for the National Film Board of Canada. Between 1964-69 he worked on the restoration of the Louisbourg Fortress on Cape Breton Island, painting murals, signage, and drawing cartoons and some animation. He thought that the art of cartooning is often dismissed because the subject matter is generally funny. However, for the artist, a good cartoon requires applying the disciplines and skills learned in art college – the ability to draw well, the comprehension of volume in space, and a good sense of design and composition. Further, it provides the artist with the opportunity for wild invention.

Check out this series of videos focussing on the history of cartooning, as well as some how-to tips: