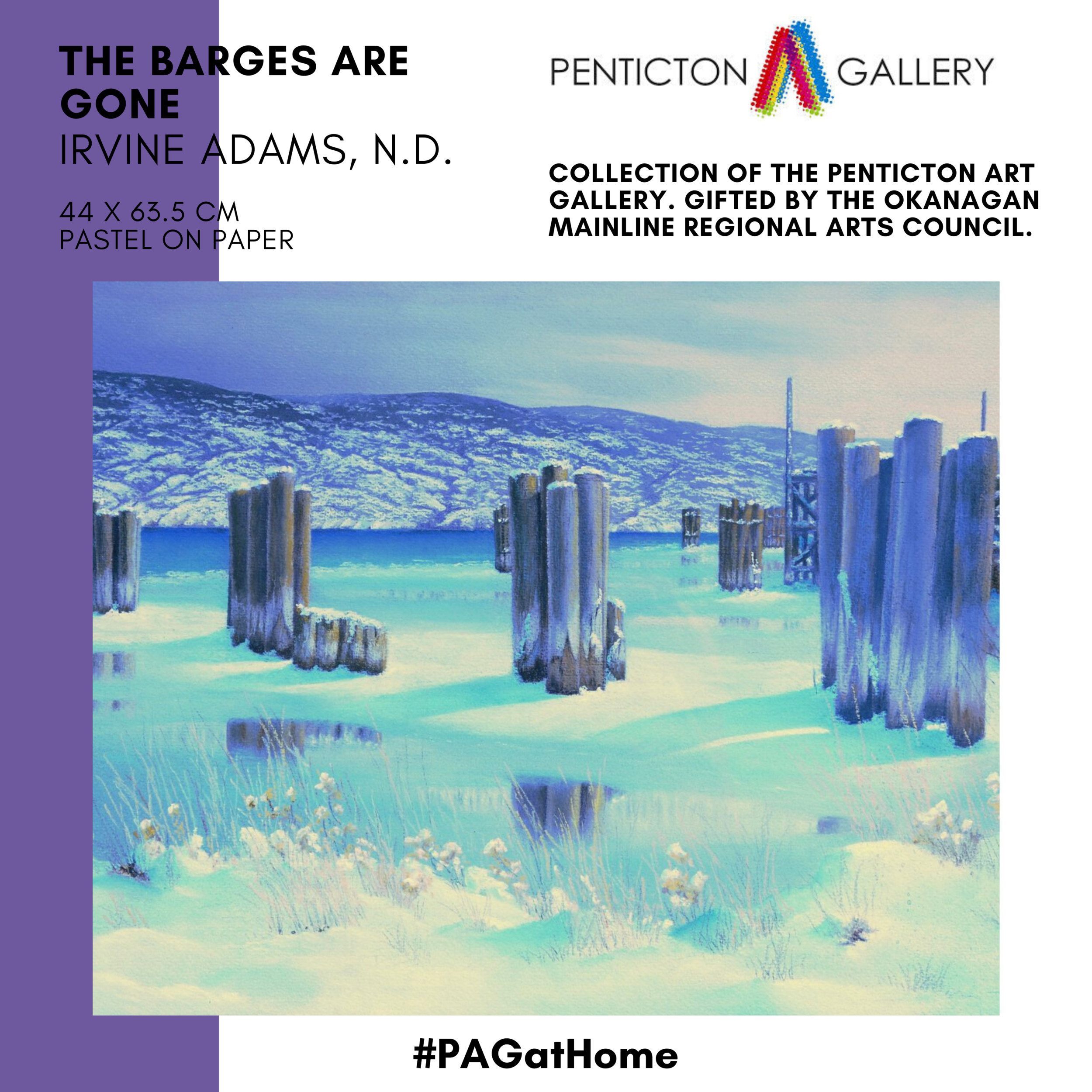 Pioneers shape a community, a community raises a child. Such is the story of Irvine Adams, a much revered and loved artist not only in his home town of Summerland, British Columbia, but around the globe. He was considered one of North America's foremost realists and his works were shown in juried exhibitions in Paris, London, and in various galleries and shows in the United States and Canada.

Adams was born in Swan Lake, Manitoba in 1902. His family moved to Summerland in the Okanagan Valley in 1904, attracted by the climate and geography. He first took art classes in 1934 at the H Faulkner Smith School of Applied and Fine Arts. Returning to Summerland after the war he worked as a labourer and for a logging company, and it was here that during the evenings he painted pastels, from photographs, of the surrounding landscape.

What's the point of making realistic paintings when photography can do the trick? Let's look at the history of artists recreating the world as we see it and think about why it's still happening: