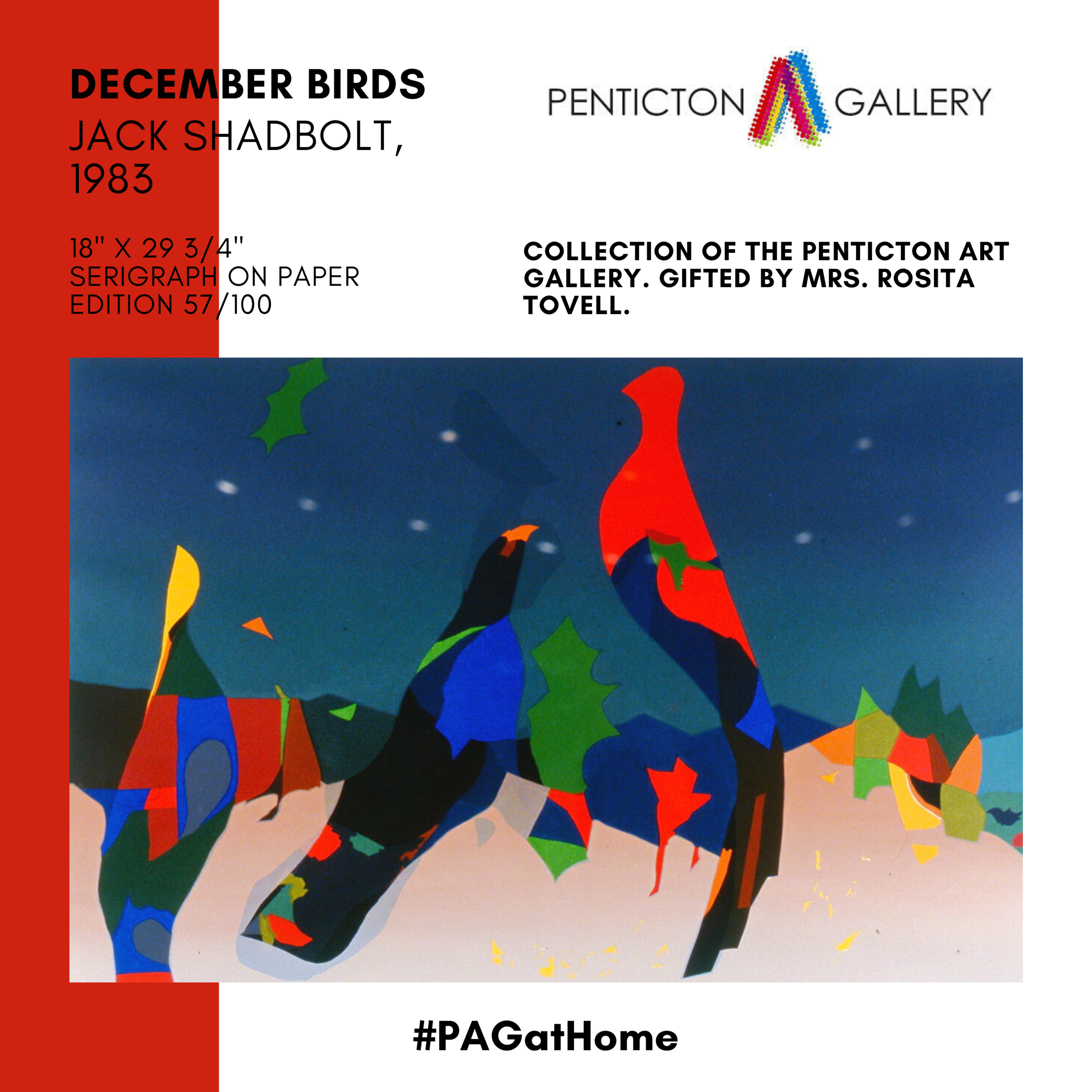 Jack Shadbolt was a painter and draughtsman. His work reflects his travels and experiences, be it his youth in British Columbia, his studies in New York, or his work overseas during World War II.

He began his artistic studies at Victoria College in 1927. In 1930 he met Emily Carr, who would become a life-long influence. For Shadbolt, schooling was ongoing. He studied at the Vancouver School of Decorative and Applied Arts (1931) with Charles H. Scott and Fred Varley. Later he traveled to England and took classes at the Euston Road School (1937), followed by studies in Paris at The Académie-Grande Chaumière and at the André Lhote School of Art (1938).

The arrival of World War II caused his practice to shift towards social realism. In 1942, after being unable to attain a position as a war artist, he enlisted in the army; all the while he documented his experience through sketches. After several departmental transfers he was sent to London in 1945 to work for the Canadian Army War Artists Administration, where he sorted and catalogued photographs of concentration camps.

Post-war, Shadbolt returned to British Columbia with his wife Doris. In 1948 they moved to New York. There Shadbolt attended classes at the Art Students' League (1948-9). His time in New York left an indelible mark on his practice; Picasso, Surrealism, and early Abstract Expressionism were strong influences.

Jack Shadbolt represented Canada in the Venice and Sao Paulo Biennials, the Carnegie International at Pittsburg, and at the Brussels and Seattle World Fairs. In 1972 he was appointed Officer to the Order of Canada. In 1988 the Jack and Doris Shadbolt Foundation for the Visual Arts was formed; it supports an annual awards program. To reflect the Shadbolts' lifetime of support to the arts, the Burnaby Arts Centre was renamed the The Shadbolt Centre for the Arts, in 1995.

Check out this three-part documentary about the process of print-making, featuring Jack Shadbolt himself: