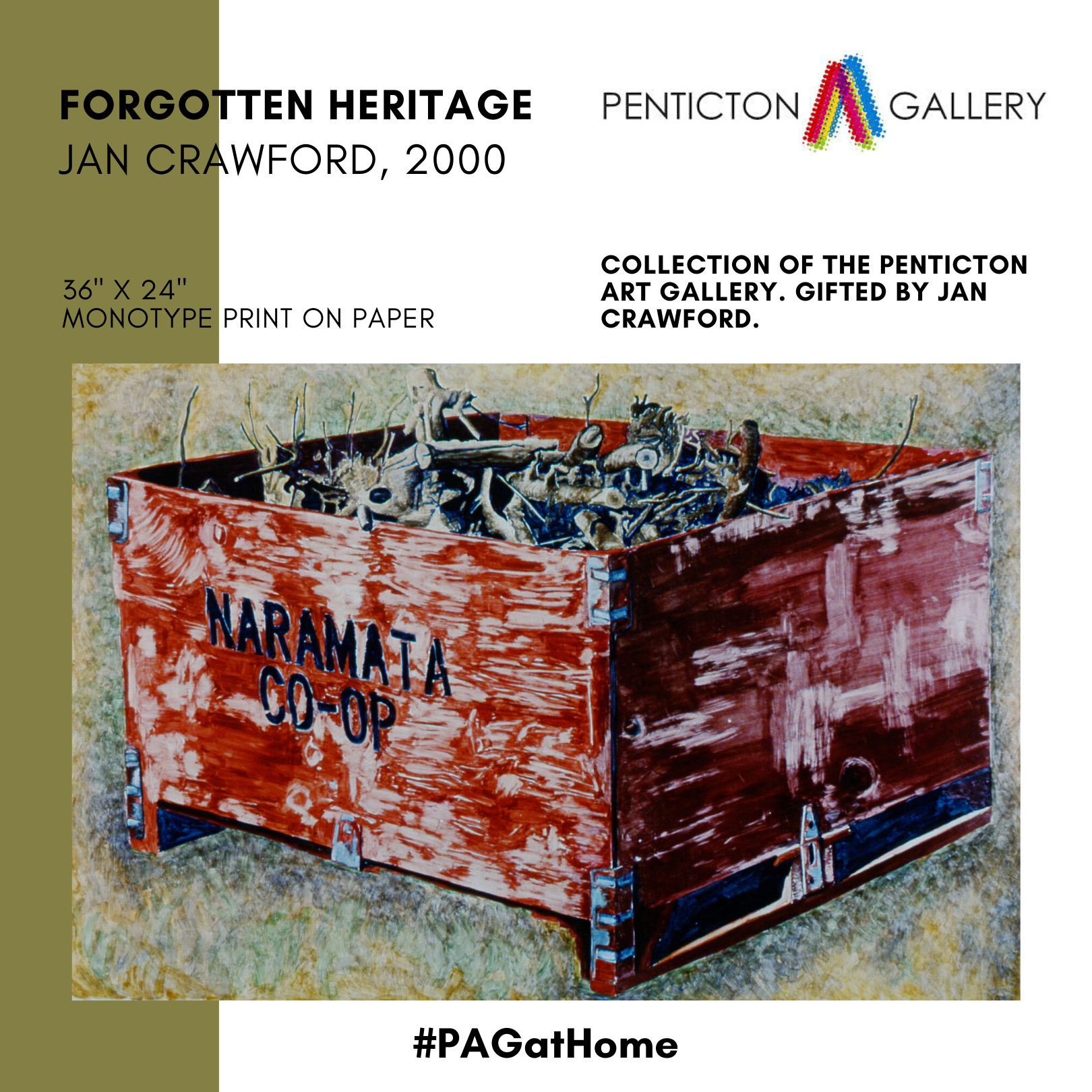 Jan Crawford (BEd, BFA, AFCA) is an artist who lives and maintains a studio in Vancouver and at her orchard house in Penticton. Jan studied art in Vancouver receiving a BEd from the University of British Columbia and a BFA from Emily Carr University. Today Jan teaches for the Federation of Canadian Artists and is an AFCA Associate Member. Her work has been exhibited in several juried exhibitions. During a decade of art schools, Jan studied under David Mayers, Peter Aspell, and Lesley Poole.

Jan produced 140 large colourful monotypes while at Malaspina Printmakers on Granville Island in Vancouver. Some of the prints are on permanent display at the Vancouver International Airport. Jan’s work has been published in a book titled "Nexus: Histories and Communities" and a series of six large monotypes entitled "The Packing House Series" speaks to the disappearance of Okanagan identity. By incorporating brightly coloured vintage fruit labels with archival photographs from museums, these prints have become records of a faded cultural identity and a significant contribution to the heritage of the Okanagan region of British Columbia.

Jan’s work has been featured in many publications, including magazines, books, catalogues, and newspaper articles. She has exhibited in countless solo and group exhibitions. Her work is in private and public collections throughout BC, Alberta, and California.

Jan’s work can be seen at the Hambleton Galleries, Kelowna; The Gainsborough Galleries, Calgary; The Federation Gallery of Canadian Artists, Vancouver. Jan has donated her work to various art organizations: Kelowna Art Gallery, Penticton Art Gallery, and the BC Cancer Agency in Vancouver and Victoria.

Interested in creating monotype prints at home? Check out this video series: