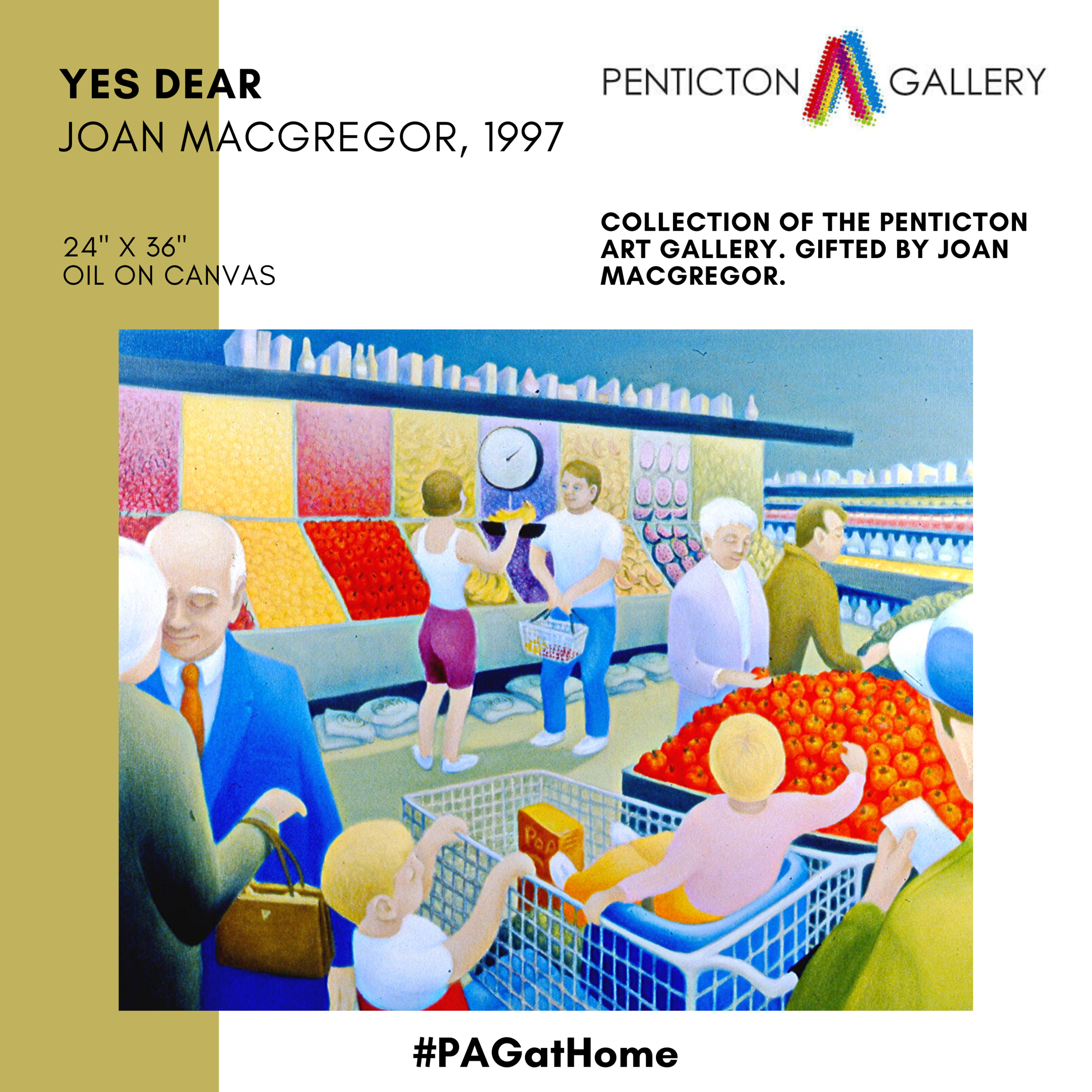 Joan was born in Prince George to Ivor and Mary Guest. When she was a teenager, she went to the Vancouver School of Art. She moved back to Prince George and worked in her father's store, later marrying Alex MacGregor and had three children. The family lived on a farm outside Prince George until 1971 when they moved to Spain for two years.

Upon returning to Canada, they moved to Victoria. Joan lived there until she retired and then she moved to Peachland. She then moved to Penticton for a couple of years and then up to Grand Forks in 2002. During her travels Joan always found ways to express herself through art. Her favourite medium was oils but she has also worked with charcoal, pen, etchings, and sculpture. Joan has had art shows in Prince George, Victoria, Vancouver, Kelowna, Penticton, Summerland, Edmonton, Deer Lake, and Grand Forks.

Do you remember what grocery stores were like before social distancing? Here are some links to get you inspired: