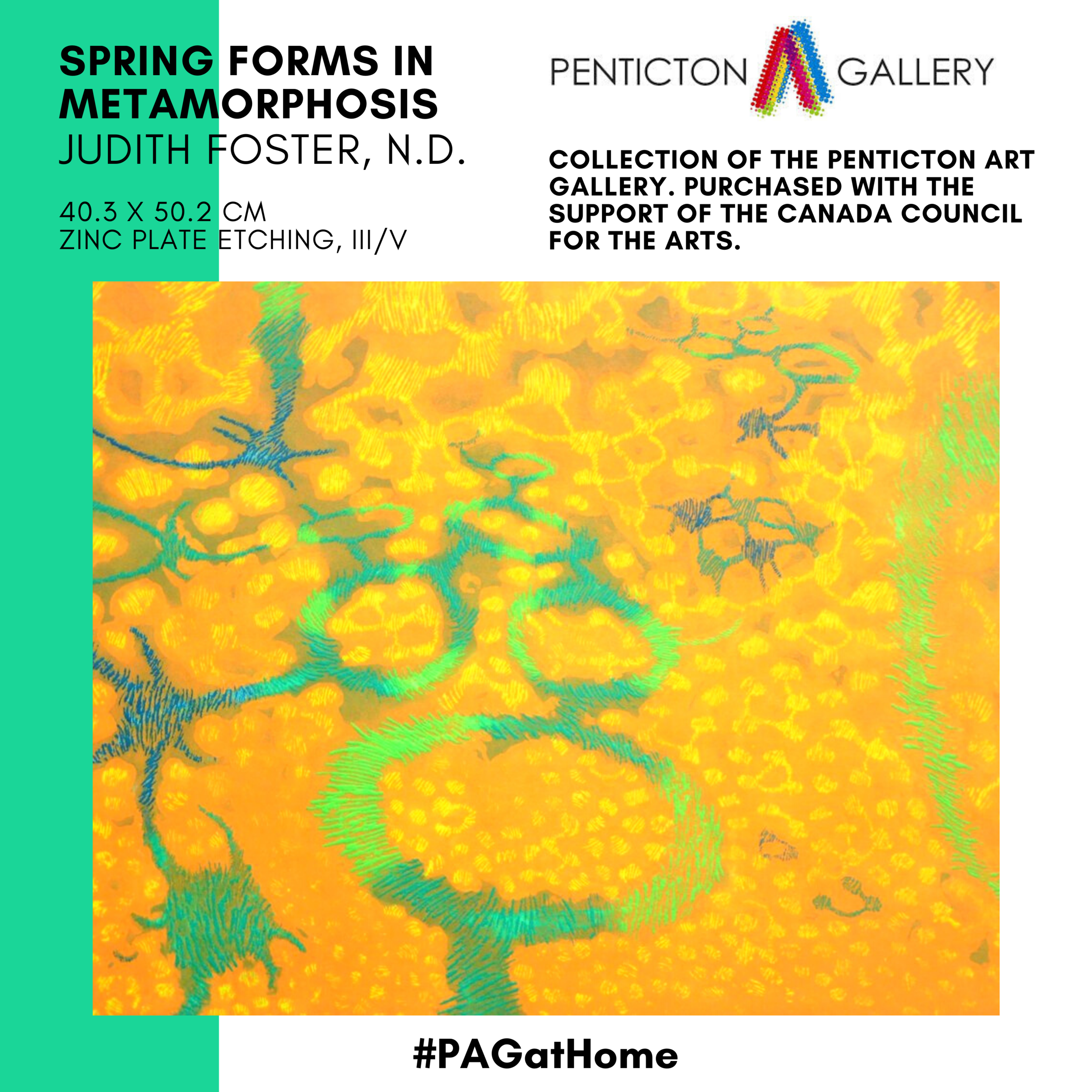 Judith Foster is a name that resonates strongly here at the Penticton Art Gallery. She was an avid printmaker and painter who significantly impacted the arts community in the Okanagan, and other places she resided throughout her life.

She was born in Three Rivers, Michigan in 1930. She lived in New York for a long period of time, later moving to New Mexico, and finally to the Okanagan in 1975. Along this journey, Judith accumulated a lengthy list of awards and accomplishments. She meticulously chronicled her life through her art, sketchbooks, and letters, along with memories of those who knew her.

She was a perfectionist with her work, with piles of notes attached to every work of art, sketchbooks filled to the margins. She was a recluse, and would up and move regardless of her fame and admirers in her current city. She was always keen on contributing to the art community whether it was donating or teaching. She inevitably left a mark on anyone who knew her or saw her works.

Since Judith Foster was such a talented and beloved female artist, let us have a look at some other "Fierce Women of Art" in these two videos: