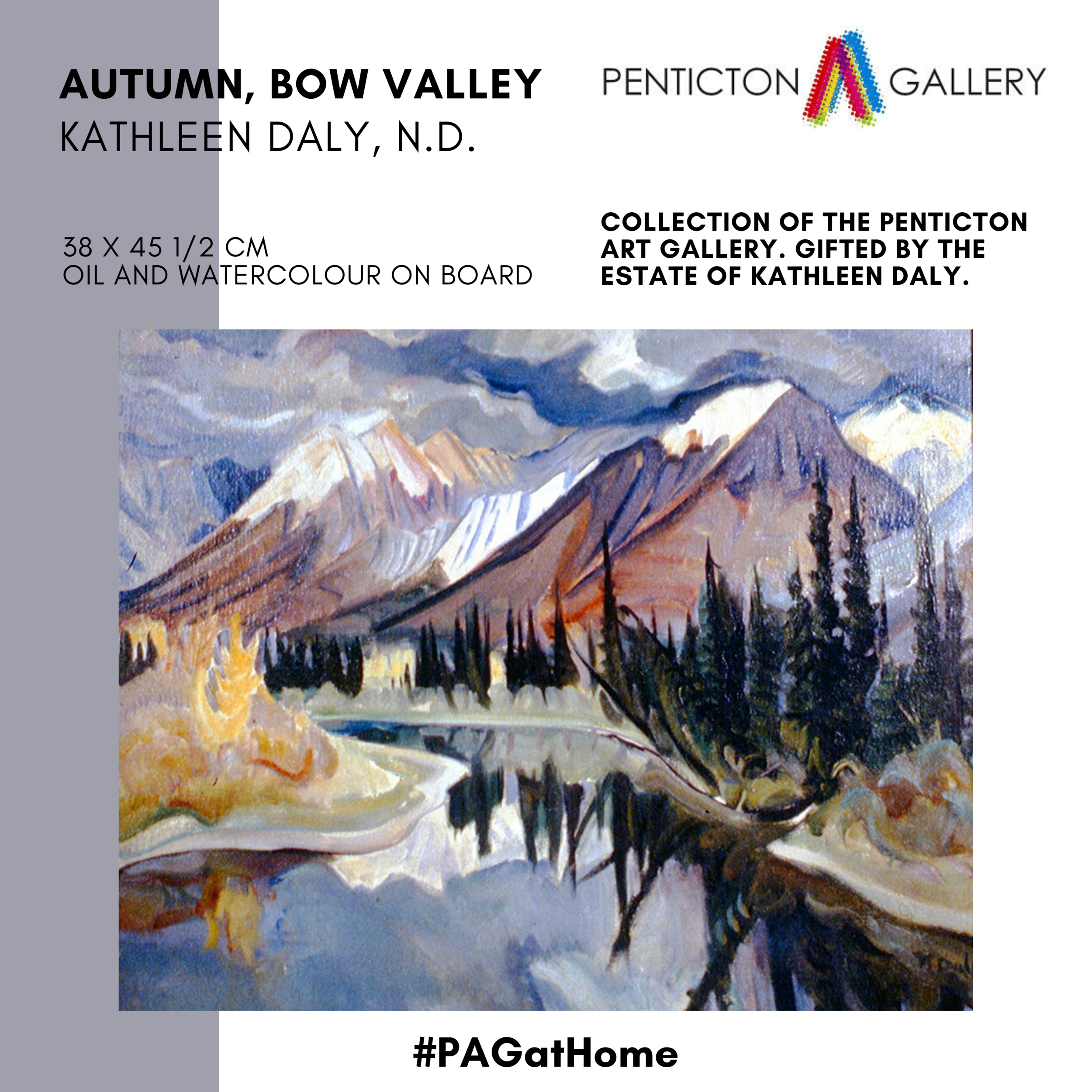 Kathleen Daly Pepper was born in Napanee, Ontario, to Denis and Mary (Bennett) Daly in 1898. As an aspiring artist, she had excellent training, first at Toronto’s Havergal College and then at the University of Toronto, graduating in 1920. She went on to the Ontario College of Art from 1920 to 1924, where she was taught by a number of famous Canadian painters: J.E.H. MacDonald, Arthur Lismer, J.W. Beatty, George Reid, and Fred Haines. Summer training at the Académie de la Grand Chaumière and the Parsons School of Design in Paris in 1924 and 1925 rounded this out. After studying the woodblock under René Pottier in Paris in 1925, she returned to Canada and explored the possibilities of etching in her postgraduate work in 1925 to 1926. Daly was well-traveled, biking through Europe in 1924 with fellow painters Yvonne McKague (Housser) and Roselyn (Rody) Kenny. She married Canadian painter George Pepper, whom she had met earlier in Paris at the Académie de la Grand Chaumière in 1929.

Her work is widely known under her maiden name, with “Kay” or “K. Daly” being the simple signature she applied to her work most often throughout her life. George shared her love of travel, and they took painting trips together from Banff to Nova Scotia, as far north as Ellesmere Island and Povungnituk in Canada’s eastern Arctic, as well as to northern Labrador and south to the Catskill Mountains in New York State. Together they built a studio cabin in Charlevoix County in the Laurentians in 1933. They would also become long-term tenants in the Studio Building in Toronto beginning in 1934, working there for 17 years.

She contributed an illustration to Dr. Marius Barbeau’s "The Kingdom of the Saguenay" in 1936. She was an accomplished portraitist, painting sympathetic images of the Inuit people of Labrador, the Stoney First Nations of Alberta, and the Montagnais of Charlevoix. Her 1961 Royal Canadian Academy diploma piece, "An Eskimo Mother," is in the collection of the National Gallery of Canada. A versatile artist, she worked capably in many media including oil, watercolour, pen and ink, lithographic crayon, pastel, and charcoal, and was well trained in various types of printmaking. She was a master at brilliant effects of colour and light, and used this skill in both her landscapes and her portraits to great effect. Her sense of colour rivals that of Frederick Varley, giving her works an energized, emotional charge.

Her creative talents also included writing; she was the author of several articles on Canadian art, as well as a book on the life and work of James Wilson Morrice, published in 1966. She would exhibit with the Group of Seven in 1931, and had a lifelong friendship with A.Y. Jackson, a fellow tenant at the Studio Building while she and George were there. During her lifetime her work was selected for numerous prestigious exhibitions such as the British Empire Exhibition of 1936 and the Tate Gallery’s 1938 A Century of Canadian Art. She was a member of the Royal Canadian Academy, the Ontario Society of Artists, and the Canadian Group of Painters. She lived a long and prolific life and died at the age of 96 in Toronto. Her work is represented in many important public collections including the National Gallery of Canada, the Art Gallery of Ontario, the London Regional Art and Historical Museums, The Beaverbrook Art Gallery, the Whyte Museum of the Canadian Rockies, the Glenbow Museum, and the Vancouver Art Gallery.

Learn how watercolour paints are created and used in this excellent article by our friends at the The Metropolitan Museum of Art, New York: