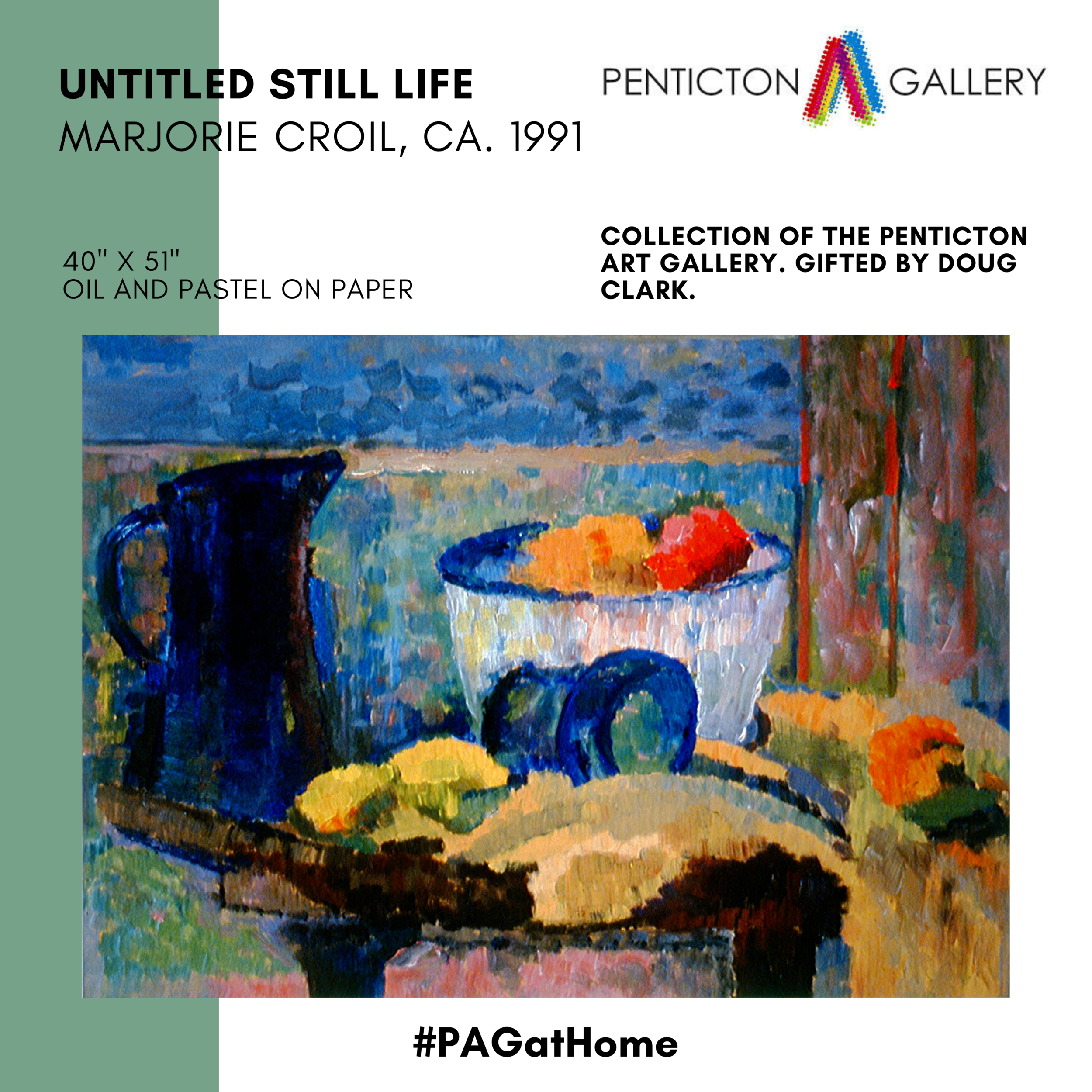 Although Croil had been fascinated with art-making from an early age, she did not actively pursue it until later in life. She did a great deal of volunteering and also spent 25 years reporting in association with the Penticton Herald.

In 1994 the Summerland Arts and Culture Centre held a retrospective of Croil's work at the Library Arts Centre with one hundred works on display. Her body of work was described as "versatile and many faceted" by Donna Henington in the Herald review of the show.

Croil exhibited locally, provincially, and internationally. She has work in the Provincial Archives in Victoria, the Mary Frazee Gallery in Vancouver, and the Van Reekum Gallery in Appeldorn, Holland.

Ever wanted to try your hand at painting a still life? Why not start today! Check out this video with detailed tips and tricks: