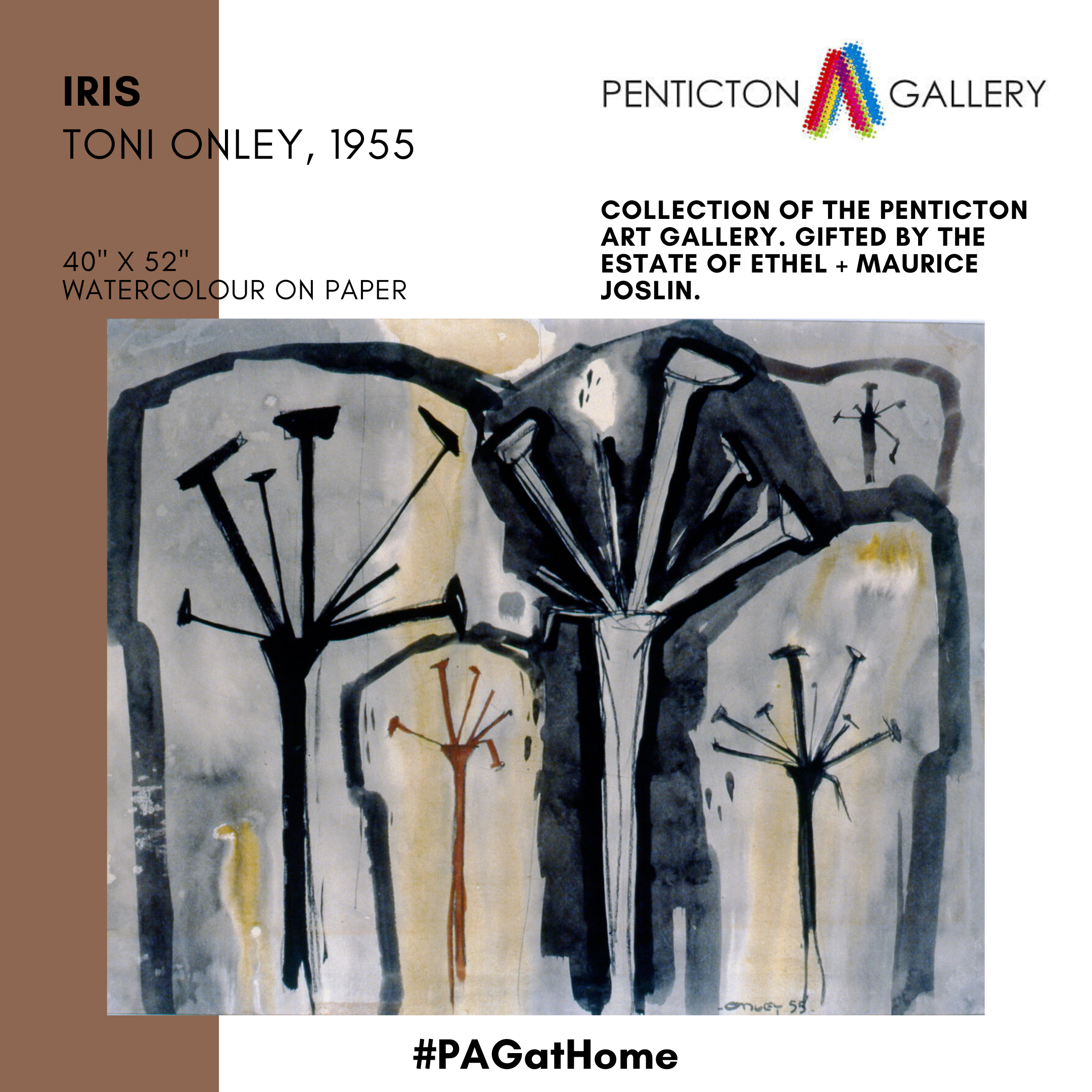 A multi-awarded Canadian art legend and recipient of the Order of Canada, Toni Onley is best known for his watercolour landscapes of Canada’s West Coast. Born on the Isle of Man, he was influenced by traditional English landscape painters, particularly J.M.W. Turner and Archibald Knox. He emigrated to Canada in 1948, studying first at the Doon School of Fine Art in Ontario.

After moving to British Columbia in 1955, Onley was awarded a scholarship to the Institute Allende in San Miguel de Allende, Mexico. There he studied under James Pinto whose abstract impressionistic paintings inspired him to experiment with non-objective painting and collage, and later to produce his major period of abstract painting during 1961-1965.

In 1958, while Onley was still in Mexico, he had his first solo exhibition at the Vancouver Art Gallery, featuring his new abstract works. He returned to Canada permanently in 1960. In 1961 he completed a landmark 90-square-metre mural for the Queen Elizabeth Theatre in Vancouver, his largest abstract collage, which still hangs there today. In 1963 his large Polar #1 collage, part of his vortex series of 40 Polar collages, was selected by the director of London’s Tate Gallery for its permanent collection. In 1964 he won a Canada Council grant to spend a year in London, where he learned etching and aquatint, and printed the London Set of 13 etchings. He also created dozens of mixed-media abstract collages and paintings, including his Zone and Limit series, which were later exhibited in London at Canada House.

After Onley came back to Vancouver from London in 1965, he gradually returned to landscape painting. By the early 1970s, it became his sole obsession. This new work ––produced as watercolours, oils, lithographs, and etchings –– was highly abstract at first, but as his landscapes evolved over the years, they were to become increasingly figurative while simultaneously retaining impressionistic and abstract qualities. In 1978, the Vancouver Art Gallery held a huge retrospective of his work, comprising both his purely abstract works of the 1960s and his new evolving landscape works. By 1981, with the publication of Toni Onley: A Silent Thunder, Onley’s landscapes had gained him a new reputation as one of Canada’s leading landscape artists –– the reputation by which he is best known today. In the early 1980s, the Heffel Gallery in Vancouver, Onley’s main gallery at the time, encouraged him to produce landscapes on the same scale as his largest 1960s collages. The result was a series of as many as 147 large oil on canvas landscapes painted in the 1980s and 1990s, the largest of which, In the Eastern Lead, Baffin Bay (1987), measures 66” x 96”.

In the early 1990s, Onley returned to pure abstract form, producing small paper collages in parallel with his watercolour landscape work. By the time of his death in 2004, he had created hundreds of new paper collages, most notably the small notebook-sized Offering series and his wildly colourful 22” x 30” magazine collages.

Onley’s consistent use of a degree of abstraction in his landscapes gives them a timeless quality –– one of the defining features of his art. Onley once explained how “it’s the timeless things that I’m looking for, it’s the things that don’t date. The things that are there now and have always been there –– this is what feeds my art.” (Landscape Revealed, 2004).

From 1974 to 1986, Onley travelled three times to the Arctic. In 1989 he published Onley’s Arctic: Diaries and Paintings of the High Arctic, which has over a hundred of his watercolours, oils, silkscreen prints, lithographs, and drawings reproduced in colour. Onley often kept a diary of his travels, which he usually illustrated with watercolour sketches. The diaries of his visits to Japan, China, and Venice are now part of the University of British Columbia’s Special Collections.